Corso Boccalini 60 in centro a Loreto 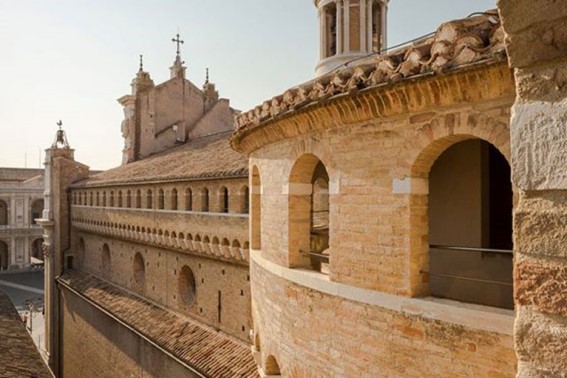 is one of the less known aspects of the Basilica, however it is this peculiar military additional structure what makes the Shrine unique in its genre. The complex is actually one of the very few examples of fortress-church that we can find in Italy. The patrol path was closed to the public for 500 years; it was only recently, in 2009, opened to visitors ( the first opening was actually in 2000 on occasion of the Jubilee -but only for a short time). By walking around it we can admire the stunning beauty of the surrounding landscape: a delicious combination of mountains, hills and coasts.

The Basilica was already under construction when it was decided to build the patrol paths in 1485. Their function was to protect the Shrine from the Saracen pirate's attacks. At the beginning the direction of the works was given to Giuliano da Maiano, who is the author of the north-east tower that is also the only one to be different from the others. In fact he was substituted in 1488 by Baccio Pontelli, engineer of the pontifical fortress in the Marca d'Ancona, who carried out the construction works in Loreto on his place, but modifying Maiano's project.

Pontelli designed a different type of patrol paths, which were external (contrary to the first ones) and laid on a series of arches, all finely decorated, and "brackets". This design, typical from the Renaissance, unifies at the time efficiency and beauty. The patrol paths, also called "Rocchette", can be reached by going up the stairs (80 steps). From the top we can admire a beautiful panorama, which includes the view of the Monte Conero and the Gran Sasso d'Italia, mountains on the west and coasts on the east. 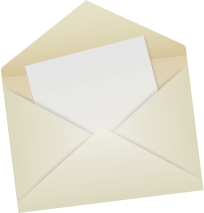 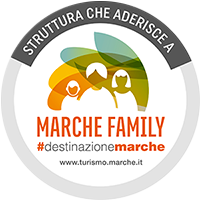 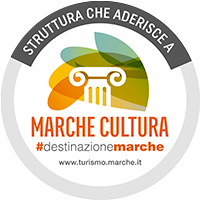