Marking the 100th anniversary of the declaration of Our Lady of Loreto as the patron saint of aviation and aviators, Pope Francis has authorized a special jubilee year of celebrations, especially at the Italian shrine of Our Lady of Loreto.
Pope Francis has granted the extension of the Lauretan Jubilee, linked to the hundred years of the proclamation of the Madonna of Loreto Patroness of all aeronauts, until 10 December 2021
“The Holy Father has conceded the Laurentian Jubilee for all air travelers, both military and civilian, and for all those pilgrims to the Shrine of the Holy House from every part of the world,” said Archbishop Fabio Dal Cin, the papal delegate to the shrine.
The jubilee year will open on the feast of the Immaculate Conception, Dec. 8, and will conclude in 2021 on the feast of Our Lady of Loreto, Dec. 10.

The archbishop announced the jubilee year at a ceremony at the shrine with Col. Davide Salerno, commander of an Italian air force academy in Loreto.
According to pious tradition, Mary’s house in Nazareth was flown by angels to Italy in 1294 after a brief stop in Yugoslavia. In 1920, Pope Benedict XV named Our Lady of Loreto the patron saint of aviation and those who work in aviation or travel by air.

In 1991, St. John Paul II celebrated the Loreto feast day with a Mass for pilots, flight attendants, ground crews and air traffic controllers in a hangar at Rome’s Fiumicino airport.
Our Lady of Loreto, he had said, is “patron and protector of people who fly. We invoke her so that she would watch over your work, which is sometimes risky and heavy, and over all those who contribute to the good functioning of airports.”
“The complex world of air transport is certainly a large and important reality of our time,” he had said. “Employing more than 20 million men and women and transporting about a billion passengers each year, it has a profound impact on the life and habits of people.”

Our Hotel San Gabriele will host the associations of the Air Force and the Army, that will participate at this important event.
We are available to offer information and hospitality to all pilgrims and travelers interested. 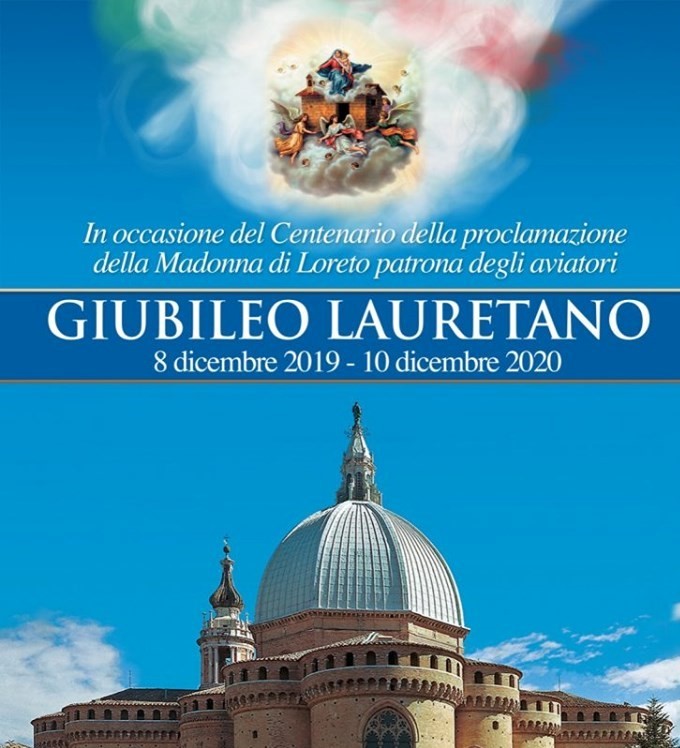