Ancona, sunrise and sunset on the Adriatic

A few km away from Loreto and from the hotel

Ancona, the region's capital, is located on the central Adriatic coast. The city has several beaches. The most central is called Passetto, with large white rocks; gravel beaches are towards the south of Ancona.
The coast forms an elbow, from which the name Ancona (Ankon, in Greek elbow), which offers a natural shelter from the sea. The gulf of Ancona was used even earlier by the Piceni, in the 3rd century BC, for trade with the Greeks.... 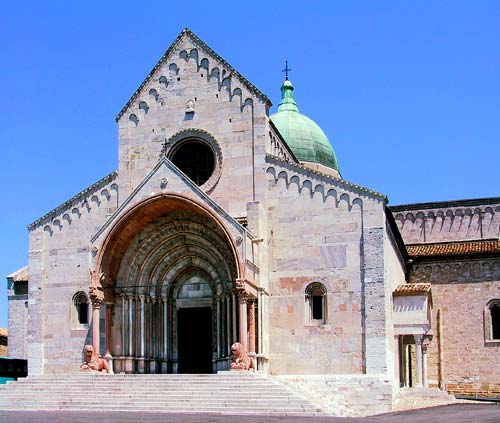 Undisputed emblem of Ancona, both for its geographical position as well as for its historical and religious meaning.Situated on the top of Guasco hill, pressed to dominate the city and the port, and for its complex structure, which fuses Romanesque, Gothic and Byzantine, it embodies the meeting between the adriatic and the oriental art.The Church was built on the remains of an ancient temple dedicated to Venus Euplea, the goddess of good navigation. White Conero stone and Veronese red marble were used for its construction. 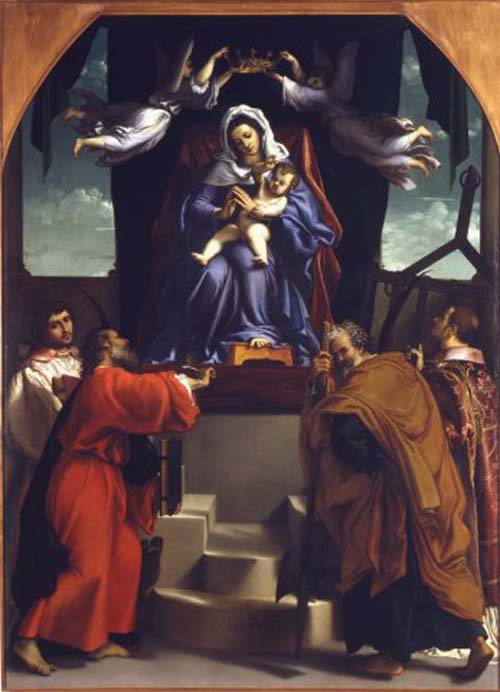 Ancona Civic Picture Gallery, known as the "Francesco Podesti" was established by the Municipality of Ancona in 1884. The gallery is dedicated to the painter Francesco Podesti (1800-1895) from Ancona , who promoted the institution between 1880 and 1888 by donating many of his works, mainly cartoons and sketches. The collection, one of the most important of the Marche region, boasts many masterpieces among which the wonderful "Pala Gozzi" by Tiziano Vecellio, together with the "Madonna with Child" by Carlo Crivelli, the "Holy Conversation" , also known as the "Alabarda's Altarpiece" by Lorenzo Lotto, and works by Olivuccio of Ceccarello and many others. 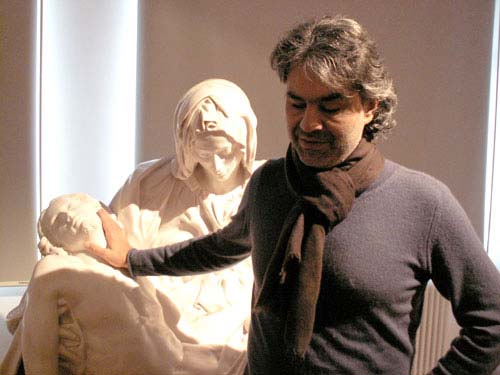 The Museum is the only one in Italy allowing the tactile vision of artworks. It has been conceived and realized by Roberto Farroni together with Aldo Grassini and Daniela Bottegoni; it is exclusively addressed to allow the artworks’ knowledge to people that unfortunately cannot see. (blind people). By means of a studied route the structure allows the visit to those people that can in this way run the time that goes by ancient period up to the modern era through a discreetly large archeological collection. 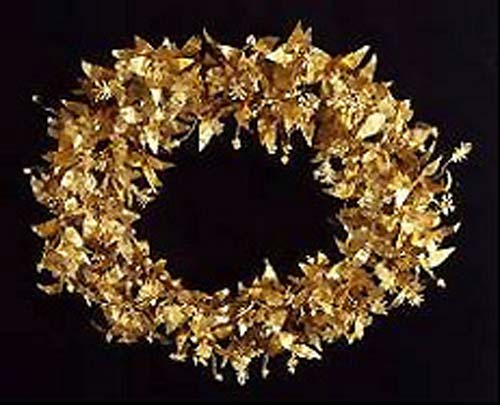 Housed in the rooms of Palazzo Ferretti, the Museum offers documents on successive civilisations in the Marche from the Palaeolithic to the Early Middle Ages. Palazzo Ferretti is an extremely beautyful example of 16th Century architecture, it was extended in the 18th century: the noble floor of the building features famous frescoes by Pellegrino Tibaldi and the façade layout is the work of Vanvitelli. 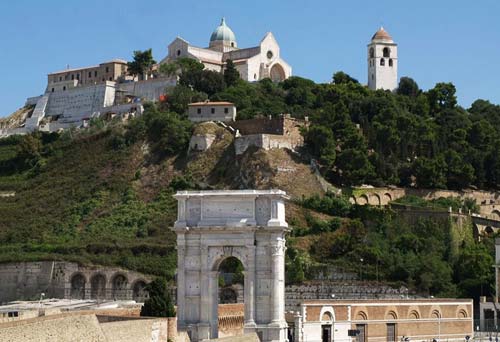 Located in the waters of the port, the Mole Vanvitelliana, an architectural work of the seventeenth century pentagonal plant, It is one of the most characteristic and particular monuments of the city.Commissioned by Pope Clement VII to Luigi Vanvitelli, it is endowed with a powerful wall of containment and accommodation for the sentinels, reflecting its defensive function. However, the structure was also used for health purposes, to quarantine people and goods suspected sites to prevent infection: this explains the particular position and the name of "Lazzaretto". It is currently the venue for cultural events, exhibitions, shows and concerts. 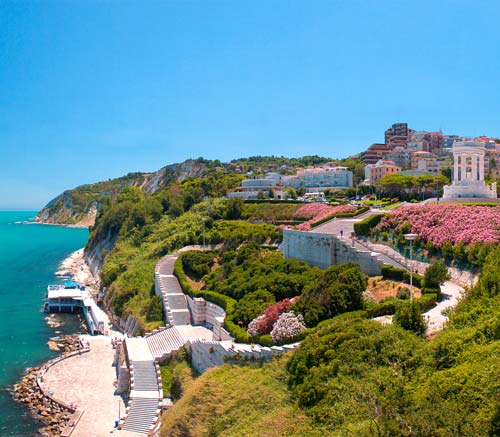 PIAZZA DEL PLEBISCITO:The Anconetanos call it Piazza del Papa because of the presence of the statue of Pope Clemente XII which rises in the middle of this space with its elongated shape, in whose bottom a splendid staircase with two ramps leads to the Church of San Domenico of the '700s that conserves inside a Crucifixion by Titian and an Annunciation by Guercino. In the back of the Corso Mazzini there is the Fontana del Calamo or the thirteen canvases;
PIAZZA DELLA REPUBBLICA e TEATRO DELLE MUSE:The real heart of Ancona, the square opens onto the harbor and is dominated by the Teatro delle Muse.The largest theater in the Marches, which hosts opera and ballet seasons, and it takes its name from the interior bas-relief that represents the nine Muses of the sculptor Giacomo De Maria.
IL PASSETTO: Characteristic neighborhood of the city of Ancona that looks towards the slopes of the sea. Here you will find bathing establishments and the famous caves of fishermen, in the center, the Monument to the Fallen with the monumental staircase that leads to the sea.