70 Km from Loreto and from the hotel

... immense halls drawn in a distant emptiness, polychrome and powerful concretions, stalactites, thin, arabesced by the fantasy of water in the sovereign silence of the darkness ..

70 km from Loreto, inside the Gola Rossa Park in the municipality of Genga, The Frasassi Caves, suggestive and unique, with the colors of the concretions, stalactites, stalagmites, ponds clenched between crystal arabesques and  majestic vaults, they have been defined as one of the most beautiful hypogeal complexes in Europe. 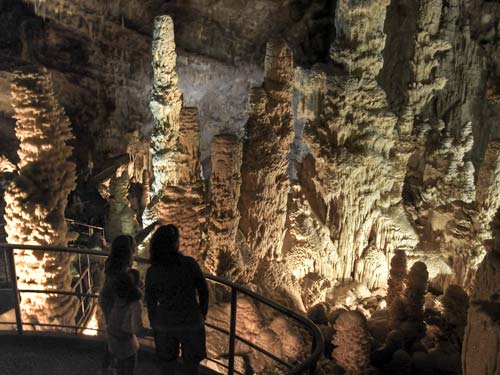 Discovered in 1971 and opened to the public since 1974, the spectacular cavities have already been visited by over ten million people. in about an hour you can admire a real underground world, overturned and magical where there reigns a silence broken only by the dripping of the drops of water that make it alive and evolving, through a tourist route that is easily practicable and suitable for everyone, that winds through environments fairy-tale names: the majestic Abyss Ancona, the Castle of the Witches, the Grand Canyon, the Sala delle Candeline, the Sala Bianca, the Sala dell'Orsa and that of the Infinito. 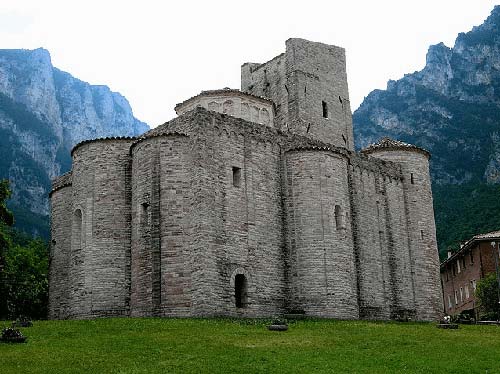 After the walk in the caves, we recommend visiting the nearby Romanesque abbey of SAN VITTORE ALLE CHIUSE, the most important Benedictine monastery in the Marche. 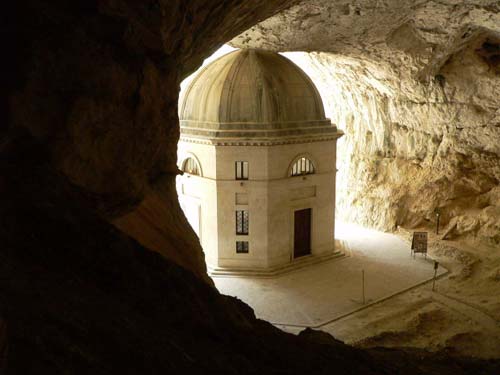 Cave of the Sanctuary of the Madonna di Frasassi

In the evocative cave there is an ancient monastery and the nineteenth-century temple octagonal designed by Valadier at the behest of Pope Leo XII ..