Recanati, not only poetry

A 5km from Loreto and from the hotel

Just 5 km from Loreto, Recanati is an unmissable destination for those who choose to visit the Marche known for being the birthplace of the greatest Italian poet of all time, Giacomo Leopardi, this city with an ancient history,
is the guardian of an immense wealth of art, culture and traditions, to discover.

In the midst of a phase of tourism, economic and commercial relaunch, Recanati is preparing to welcome tourists and visitors to finally become known in all its facets, even with the help of the most advanced tools, such as "Genius Loci - sound tracks" augmented reality ", which allows anyone with a latest generation smartphone to immerse themselves completely in the spirit of the places visited through two guided tours and accompanied by music and poetry, one dedicated to Giacomo Leopardi, the other to the great tenor from Recanati Beniamino Gigli. Free Wi-Fi is also available in the Piazza Leopardi area. 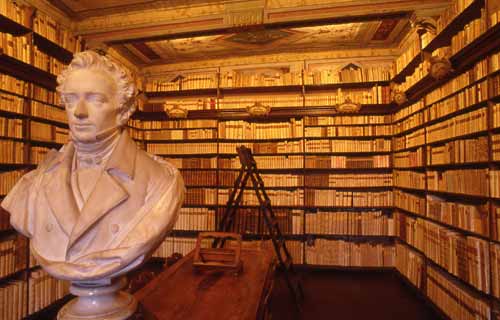 Palazzo Leopardi, at the southern edge of town, where he was born and brought up, holds memorabilia, manuscripts and his fascinating library, containing 20,000 volumes. Further places connected with Leopardi and his poems are: the square of "Il sabato del villagio", just in front of the eighteenth-century Palazzo Leopardi; the "House of Silvia; the "Hill of Infinity", the peak of Mount Tabor, which inspired the eponymous poem composed by the poet at 21, and now home to the Colle dell'Infinito literary Park; the ancient vegetable garden of the monastery of the Poor Clares and the World Center of Poetry and Culture, the Leopardi National Studies Centre, the Tower of the "Passero Solitario", located in the courtyard of the cloister of Sant'Agostino, Palazzo Antici Mattei, Leopardi's mother birthplace 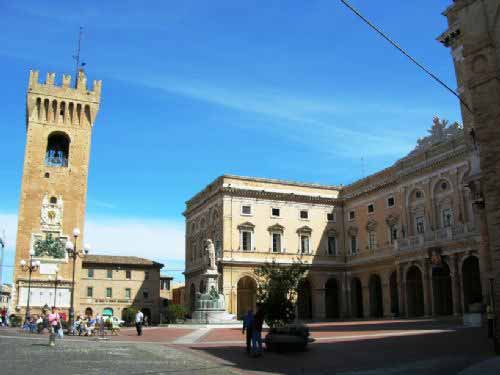 In the delightful Piazza Leopardi you find the statue of Giacomo Leopardi and the neoclassical Town Hall, built at the end of the centenary of the birth of Giacomo Leopardi; the Torre del Borgo, built in the second half of the twelfth century as a symbol of the foundation of a single municipality, now reopened to the public. A nice example of fifteenth century architecture is Palazzo Venieri, built by Cardinal Venieri. 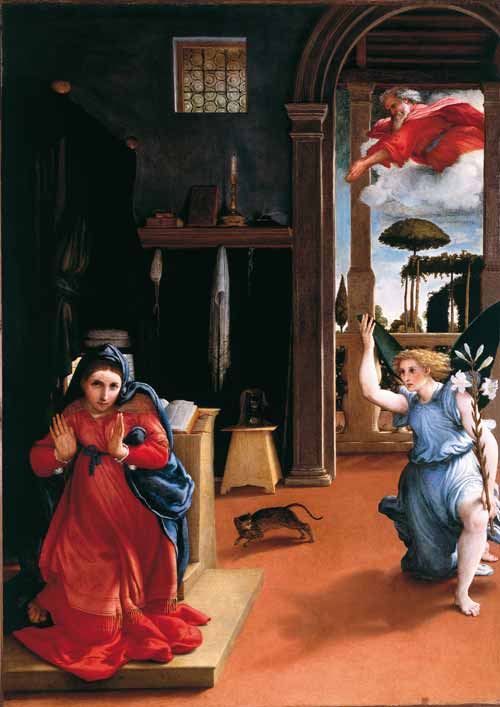 The museum in Villa Colloredo-Mels

The museum in Villa Colloredo-Mels, a splendid 18th century villa on the edge of the town centre, holds Recanati's greatest art treasure, a room with four of Lorenzo Lotto's finest pictures, including a most haunting Annunciation packed with almost breathless narrative detail - a high spot in any art-lover's tour of the central Marche. 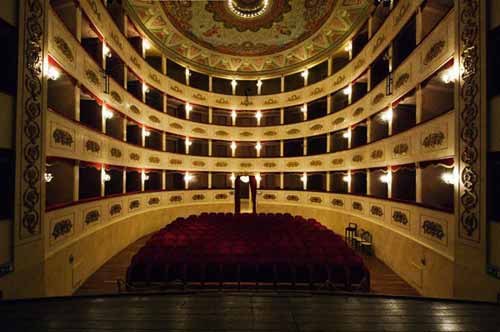 Recanati is also the home town of the great tenor, Beniamino Gigli and the Museo Gigli in the historical Teatro Persiani holds a collection of his costumes from some 30 operas, a mock-up of his dressing-room and some of the many presents he received, including a walking stick from Verdi. 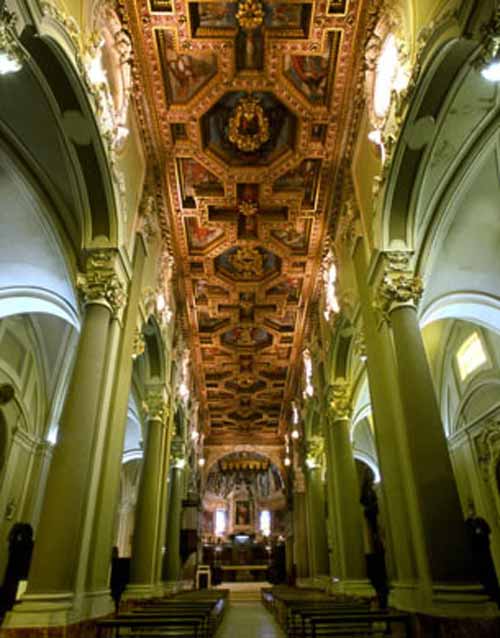 The most significant religious buildings are: the church and the convent of the Capuchin friars, dating back to 1600, the Church of Santa Maria Morello, where Giacomo Leopardi was baptized, the Church of San Vito, with its impressive facade designed by Vanvitelli, the Church of Sant'Agostino with its beautiful Istrian stone portal, the Church of San Domenico, housing the "San Vincenzo Ferrer" frescoed by Lorenzo Lotto, the Cathedral of San Flaviano, boasting a magnificent 17th century wood ceiling.