Riviera del Conero, the green pearl of the Adriatic

Do not miss, going up the coast from Loreto to Ancona

The Monte Conero, 10 km from Loreto, the heart of the first natural park in the Marche Region, It is a real natural balcony overlooking beautiful and unspoiled beaches ...

The Riviera del Conero is a unique stretch across the Adriatic coast, from Trieste to Gargano, thanks to this ancient promontory that drew the profile of the beaches and has traced the scenario. Here are the places not to be missed, going up the coast from Loreto to Ancona: 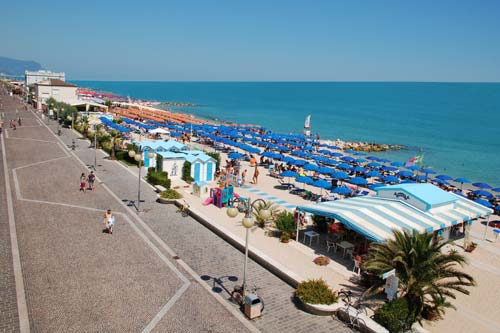 Porto Recanati is a quiet and welcoming beach resort, ideal for families to spend a relaxing holiday. Fully-equipped wide sandy beaches, a traffic-free seafront and local colorful houses make this fishing town truly unique. Walking through the streets and alleys of Porto Recanati you can stop to taste the local fish dishes in one of the many restaurants or go for a stroll along the main street “Corso Matteotti” and check out the many shops. During summer weekends the street turns into a pedestrian thoroughfare, and hosts antique and handicraft markets. 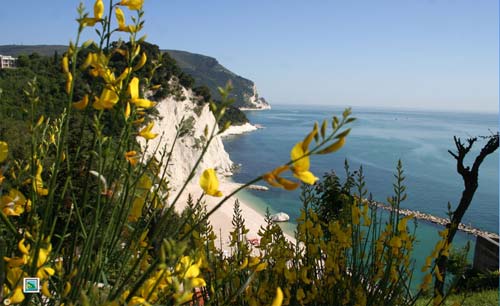 Awarded the European Blue Flag for its white sandy beaches, crystal clear waters and unique scenary, Numana is one of the most beautiful towns of the Conero Riviera.It can be said that Numana has two souls: a picturesque one represented by the upper city “Numana Alta” and a lively one in the lower city “Numana Bassa” which runs along the seafront stretching up to the beaches of Marcelli. The historical town centre of Numana winds along narrow streets and typical fishermen houses overlooking the sea. Thanks to its position, Numana is like a panoramic terrace facing the Conero Riviera coastline. Going down from the city centre through the “Costarella”, an ancient staircase that fishermen used every morning at dawn, you can reach the city harbor. The lower city is more modern and lively, with many different clubs and bars to spend your summer evenings. 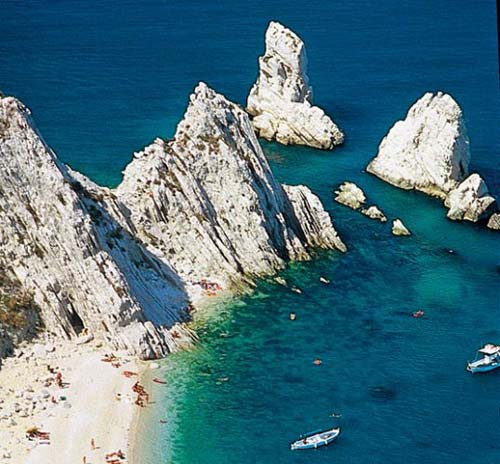 Surrounded by the Conero Regional Park, the ancient medieval town of Sirolo overlooks the Adriatic coastline. Thanks to the high quality of its environment, sea, and hospitality, Sirolo is repeatedly awarded the European Blue Flag. For over twenty years, Sirolo's white sandy beaches and crystal clear waters have been awarded the European Blue Flag and the Legambiente Sails. We suggest you stroll along the beautiful beaches of the “Due Sorelle”, “San Michele” and “Spiaggia Urbani” beaches, where the white rocks of Monte Conero plunge into the sea, giving shape to bays and coves. 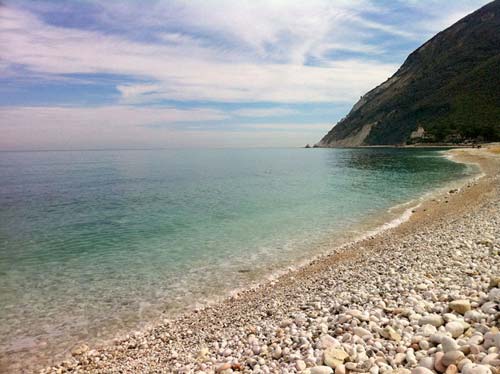 Portonovo is a bay which is completely immersed in the surrounding Conero National Park, nestled in the slopes of Monte Conero, and covered by typical local vegetation. Thanks to the high quality of its environment, sea and hospitality, Portonovo was awarded with European Blue Flag. The bay, made of gravel and rocky sand, alternates stretches of public beaches and well-equipped beach establishments. Along the Conero Riviera there are many restaurants by the sea where you can taste a variety of fresh fish dishes such as local mussels, called “moscioli”. Beaches are surrounded by dense vegetation that you can explore thanks to a network of hiking trails. We suggest that you visit the eighteenth-century “Torre Clementina”, a tower built on the top of the elbow shaped bay to defend against pirates. The tower hosted famous Italian writers and poets such as Gabriele D’Annunzio. You can also take a walk to the natural lakes Lago Profondo and Lago Grande. If you are looking for peace and want to spend time meditating, you should visit the ancient “Santa Maria di Portonovo” church. Thanks to its timeless beauty, the Romanesque church was mentioned by Dante Alighieri in the Divine Comedy. You can also admire the “Fortino Napoleonico”, a white stoned military fortress dating from the early nineteenth century which is now used as a hotel. 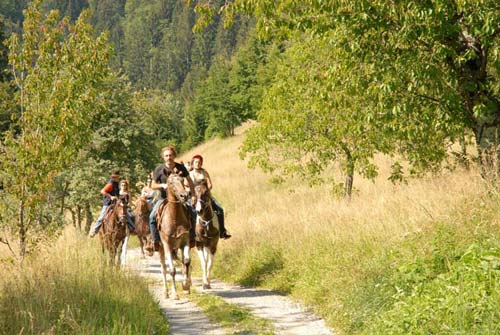 The Conero Natural Park is a park full of facets, on a peak overlooking the sea and a hill that wedges into the hinterland. Here there are some points from where you can enjoy breath-taking panoramas stretching on the whole Conero Coast, but also visit historical sites very charming. The park represents an excellence in the whole adriatic coast, in fact this protected natural area rises upon the one and only coastal promontory up to the Gargano zone. The Conero, a 5-m-year-old mount high 512 metres, is very rich of stone caves. They quarried from it the typical white stone used for edifices and buildings. But the park finds its origin only on 1987 to satisfy the need of supervising a so precious naturalistic zone and to prevent contamination by speculators. Many are the corners to uncover: from cities protected thanks to the mount like Ancona, Camerano, Sirolo and Numana to the various paths that venture into the flora and fauna of the park, up again to the Portonovo bay with its uncontaminated shores, crystal water and the historic jewels like Santa Maria of Portonovo or the Bosis Tower. A discovery that complete itself with tastes, because the Conero offers typical and unique products to bring on the table, like the wine Rosso Conero, honey and oil.