Osimo, the "city of the headless"

A few km from Loreto and from the hotel

A few kilometers from Loreto and the Riviera del Conero, on top of a high hill rises one of the most interesting and ancient centers of the Marche ...

Thanks to its favorable geographical position, it enjoys for most of the year of a beneficial climate and also a wonderful panorama that extends from the Adriatic coast to the Gran Sasso and the Sibillini in San Marino.
Important trading center already in Roman and episcopal seat since the fourth century. The city preserves inside the ancient walls and in the immediate surroundings numerous testimonies of art, culture and history of its past.. 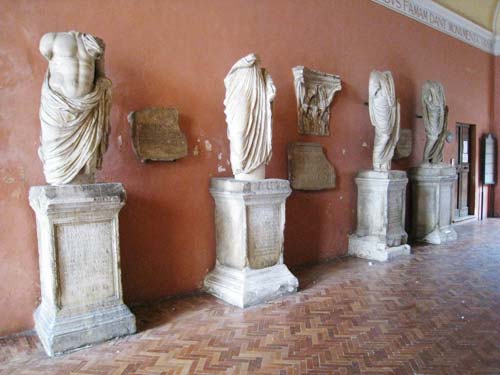 Entering inside the hall of Town Hall, you will have an important meeting with the history. Here there are 12 Roman statues, all without head, that they could tell us the vicissitudes of the whole city. The name of “headless” given to Osimo citizen came from those sculptures. By the many hypothesis that are told about their decapitation, the most interesting wants that to cut the heads as a slash’s act was Milan general Giangiacomo Trivulzio that for the pope in 1487 banished Boccolino Da Guzzone’s tyrant from the city, because he tried pretending independence from Papal States. But we can’t exclude the fact that the heads were fallen down during others military sequences, like Greco-Gotica war. Inside the lapidarium there are various evidences of medieval and roman age, mostly steles and architectonic decorations. Between these, we can see the relief figuring a procession of magistrates with a soldier, a stelewith the picture of God of Attis and a sepulchral stone with a curios picture. 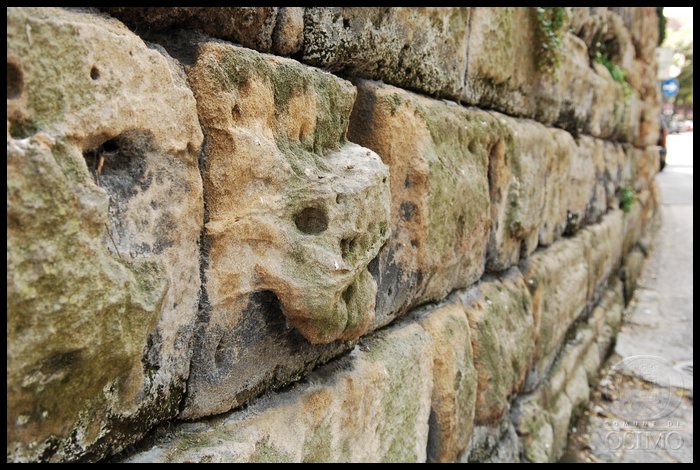 The most extensive section and best conserved of roman wall in Marche is situated in Osimo, in Fonte Magna street. About the 2 km of city walls, that long time ago ran along the roman perimeter, nowadays we can find only 200 m of wall. It is incredible thinking how these sandstone blocks continue to resist from 174 B.C., when the censors Q. Fulvio Flacco and A. Postumio Albino made the defensive walls together with Tabernae in the zone of ancient Foro, current Piazza Boccolino. Defined and aligned with the l’Opus Quadratum technique, these blocks still surprise us for their mole and it’s normally to ask how they success in putting together until 10 m!! 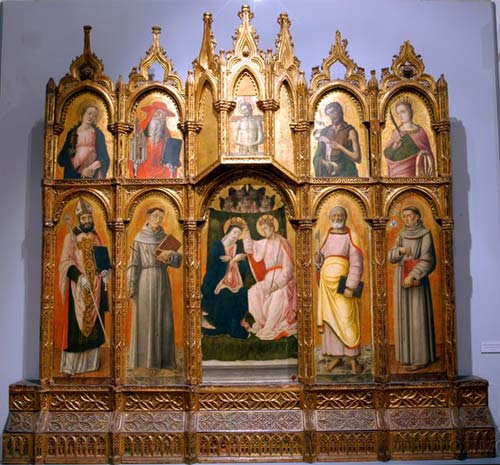 In the oriental area of the Palazzo Campana, is hosted the Civic Museum of Osimo, that has inside some pieces from the Civic Collection of Art, the public palaces and from city’s Churches closed, as San Filippo Neri and San Silvestro. Five rooms in chronological order, will conduce you in an art’s journey from Medio eve to Contemporary Age. During the visit it’s possible to admire The Madonna and Child with Angels, a sculpture from the 12th century; the frescos of the 300 by Andrea De Bologna; the precious polyptych of the venetian brothers Antonio and Bartolomeo Vivarini, showing the coronation of the Virgin (1464) or the evanescent lines and the colors of Claudio Ridolfi’s paintings, a venetian artist but from Le Marche region of adoption. To represent the artistic souls of the 7th century of the baroque we can find prestigious pieces by Pomarancio, the amazing ecstatic look of Guercino’s San Francesco and the strong contrasts lighted and darker of the Vestizione of San Silvestro of Giovan Francesco Guerrieri, named as “Caravaggio delle Marche”. The museum host also a series of contemporary art’s masterpieces, donation of artist from Le Marche region: genre’s scenes, local landscapes, famous portraits of Osimo’s citizen, but also drawings and paintings. 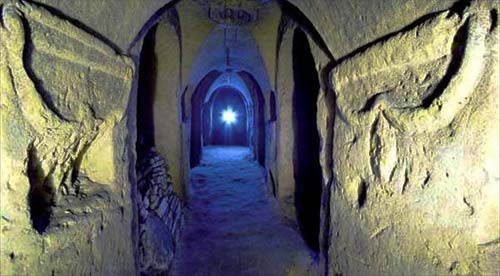 Cantinone’s caves wind for a stretch about 300 metres under the market place of the city and the Sanctuary of St. Joseph of Cupertino. Just climbed down, you will be fascinated to see the signs of man’s work in the friable sandstone walls. The rudimentary digging tools used suggest a widening of the galleries during the Middle Ages, but their origin could be much older and date back to the Romans and the Piceni, as suggested by the ancient wells with pedarole.

San Leopardo’s Cathedral: The cathedral, a majestic building in white stone, built in the XII century, preserves in the crypt the remains of Saint Leopardo, first bishop of the city and the sepulchers of the saints bishops Bevenuto, Vitaliano, Vittore, Corona and Filippo.
Sanctuary Of San Giuseppe Da Copertino: The sanctuary of St. Joseph of Cupertino attracts every years a lot of people that wants to approach the figure of this saint, protector of students and of aviators. There are a lot of thesis and exam transcripts , left by students as “ex voto”, depositions of devotion to the “Saint of flights”.
Campocavallo’s Sanctuary: Distant about 2,5 km from Osimo’ s center, in the locality of Campocavallo, is possible to visit the beautiful Sanctuary of Madonna of Sorrows, built in neo-gothic style, between the end of 800 and the beginning of 900 after the miracle of Sacred Image of Our Lady of 7 pains.On 16th June 1892, during the celebration, this effigy was seen cry by the all presents. The prodigy repeated for ten years and there where frequently miraculous curing that attired to the sanctuary a lot of devote pilgrims.